A gambling game where you are required to cross out the numbers arranged in a row is called Lotto. Bingo is the variation of this game. It is highly popular in USA and Europe. It is commonly believed that senior citizens constitute the majority of Bingo players. That is just the way it is. However, the audience has significantly grown over the last 10-15 years due to the increased popularity of online casinos.

The aim of the game is to cross out one or several lines on a card. The prize amount depends on the number of completed rows, columns and diagonals. The main winner is the first player who crossed all numbers. A lottery machine and a bag are used in order to mix drawing balls.

In the Commonwealth of Independent States, analogues of a Bingo game are actively promoted on TV. There are government lotteries based on the principle of crossing out lines on the cards bought in newsstands and post-offices. The drawing results are announced in a telecast. As for a money prize, the winners take it away in lottery administration offices and branches. The British game model has got widespread use in the Commonwealth of Independent States and Europe, and the American one in the USA and Asia.

Formats of announcing the course of the game, its results and winners 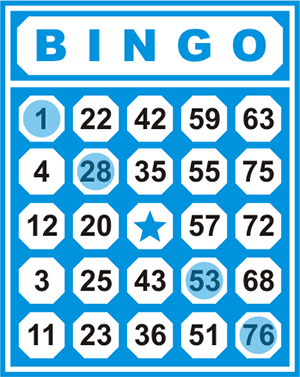 Before starting a game, you need buying or getting cards with numbers. They may have a form of standard paper sheets, strips, plastic or cardboard fields. A player should cross out or place chips in place of a square, the number of which was drawn out of a bag or a lottery machine.

As soon as the caller starts calling numbers, you need to check your cards and cover the selected numbers if any. The game will continue till one player completes the bingo pattern. In order to alert all participants to a winning card, a player usually calls out “Bingo!”. Further, this card is examined by the host and the game is stopped. Payouts are got by those ones who managed to complete one or several lines/fields. The amount of winnings is determined by their number. When it comes to American versions, you can complete not only square fields but also patterns, the form of which depends on the organizers’ imagination.

At online clubs, the gaming session is automatically closed. The drawn numbers are checked with a database of all tickets which were sold. If one of the cards contains a required combination of numbers, its owner is declared a winner. Television versions work on the same principle as virtual ones. The only difference is that the host announces not a lucky person’s name but a region where the winning lottery ticket was bought. A player with a lucky card gets in contact with organizers by himself and obtains more detailed information on further actions for getting his money.

This video briefly tells how to play bingo:

Formats of announcing the course of the game, its results and winners 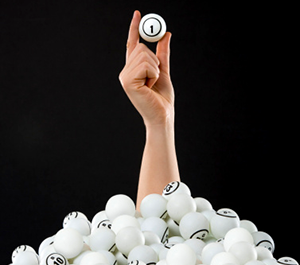 There exist the following game formats:

The principle of announcing results on-site is applied by online casinos (their list can be viewed here). You can place bets using dozens of gambling machines, such as Bonanza, Ballistic, Electro, and Samba from Microgaming or Popcorn Bingo from Playtech. Some of them (Super Bonus, Bonanza) have modifications which make significant adjustments to the rules. 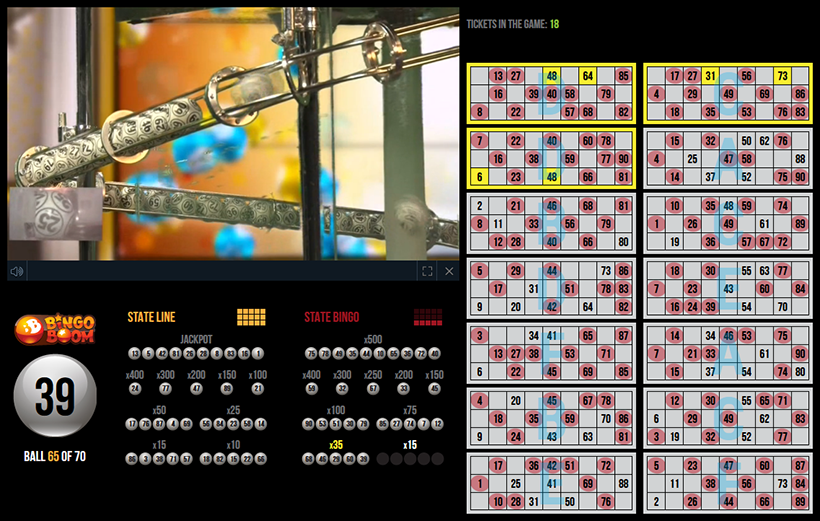 The winning combination of balls in one casino

Choose the reliable manufacturers’ programs working on the platforms with a solid reputation only (for example, Microgaming, NetEnt and Playtech). Do not forget checking for the availability of a casino license. 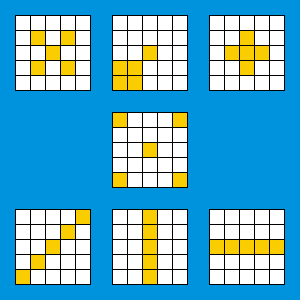 There exist lots of Bingo variations but only two of them are widely used. They include British and American game models. They mainly differ in the number of squares – to be more precise, they have 90 and 75 counters/balls.

In the American version, 75 numbers and square 5×5 cards are used. The central space is already completed but 24 numbers should be covered on your own. Along with the numbers, such letters as B, I, N, G, O are used – they constitute the eponymous name of this game. In contrast to the British version, the grids may form geometric patterns and the lines sometimes turn through 270, 90 or 180 degrees here.

The British version is characterized by the cards having a 3×9 grid. Each line contains 5 numbers. The first column may include random numbers from 1 to 10, the second one – from 11 to 20 etc. Tickets contain 15 initially completed squares. They may freely form a line with crossed out cells. The given game has three formal stages which include completing the 1st, the 2nd and the 3rd lines. The first player who crossed out all of them is considered to be a winner. 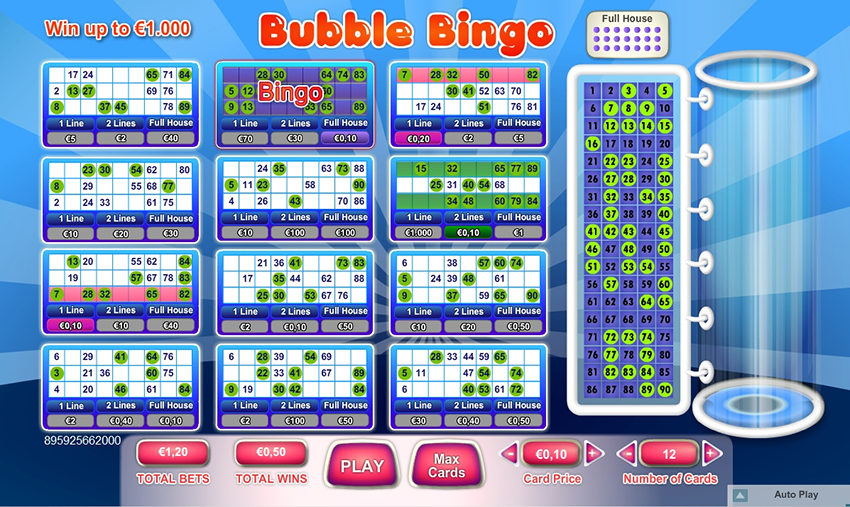 The British model is widely-spread in the Commonwealth of Independent States. It is distinguished from the original version by using counters instead of balls. They are drawn out of a lottery machine rather than a bag. They are eventually drawn and mixed by the club’s members. As for a bank, it is commonly distributed in the following way: the main winner gets 55%, 30% are meant for the player who completed two lines and 15% for one line. The jackpot amount is frequently fixed. 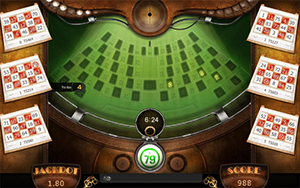 In the Western countries, offline clubs are quiet social entertainment for senior citizens (in the conventional sense). If you have no such gambling house in your country, you may visit bingo halls in the Internet. The World Wide Web has lots of online casinos where several hundred gamblers can simultaneously come together: 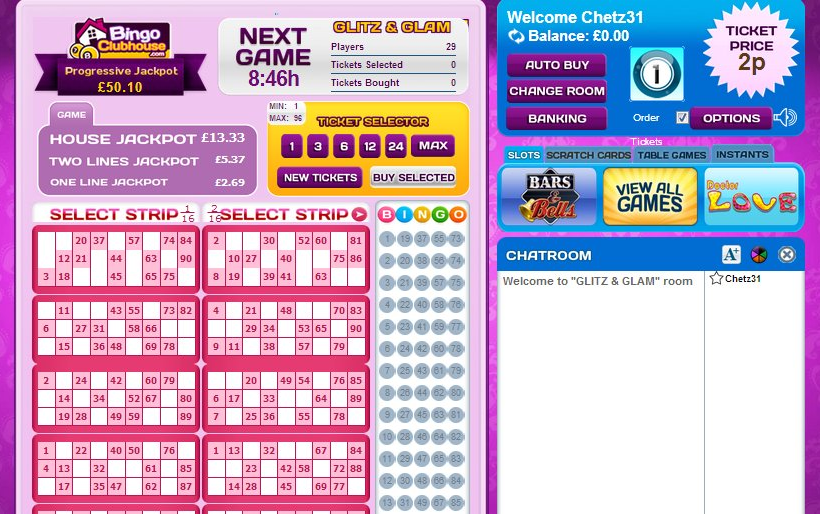 The fascinating and gambling process of the game

You should also take into account that all overactive halls are English-speaking ones. The only difficulty may arise at the registration or account refilling stage.

Home lotto games are also widely used. As a rule, such table games do not suggest playing for money – the players are often aimed at having a good time. They use cards for multiple uses, which do not require crossing out horizontals. The players cover the required numbers with a help of chips.

Keep in mind that there is no optimal strategy which could change the expected value in your favor. The only possibility to raise the winning chances is to choose clubs with the maximum expected value established by a manufacturer. You can do this by trial and error only, trying all possible variants by yourself. If you take part in online sessions, choose the rooms with the minimum amount of players. In such a way, you will increase your chances. Besides, the less opponents you have, the higher is the payout rate for taking the 1st/2nd/3rd place. The problem is that most of online halls do not make information on the number of active players available on their websites. You may get an insight into it by means of a chat. If it is too active, it means that there are lots of people in the room.