Home > Casino news > Articles > A Look at Gambling in Australia

A Look at Gambling in Australia It has become very clear in recent time that people all around Australia have been exceptionally interested in casino gaming activities. Gambling in Australia has expand to the point where nearly 80 percent of all adults in the country have engaged in the activity in some form. The number is one of the highest rates in the world.

Such a development has led to significant issues where people are struggling with addictions and other problems relating to the activity. Around 100,000 to 150,000 in the country have been struggling with obsessive activities. At least a quarter of a million others have experienced some risks that make them likely to get into significant trouble.

How Common Is Gambling in Australia? 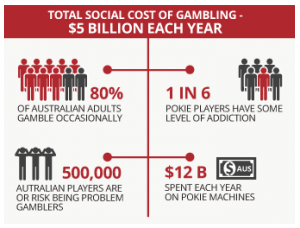 It would be a dramatic understatement to say that gambling in Australia has become a very big deal. A 2010 review from the Productivity Commission found a number of alarming statistics regarding how games of chance have taken over the land: 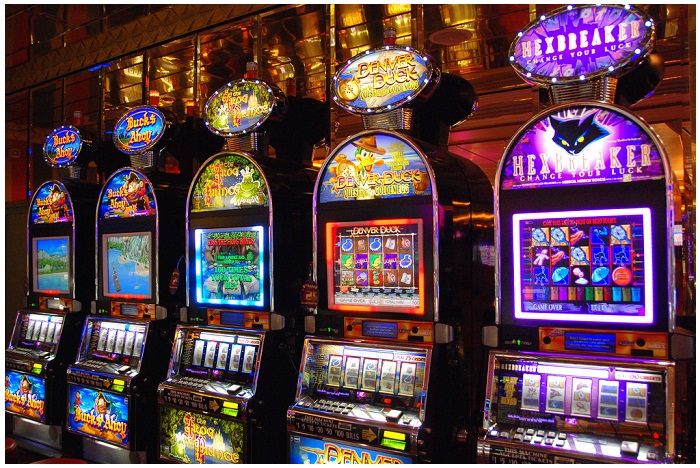 Slot machines or Pokies on the rise now

Electronic Gaming Machines or EGMs are becoming very popular around much of the country. These are machines that offer different betting opportunities for all people who access them. The games can be found in many licensed venues although there are some restrictions in two places. Only casinos can have EGMs in Western Australia while the Casino Canberra in the ACT is not licensed to actually have those machines.

Such machines have spread out around the country to where every state has some. In fact, there are about 200,000 of these machines found all throughout the area. In addition, about 600,000 people play at one of these machines at least once a week. This is close to about 4 percent of the adult population.

While many places have been using these as a means of getting profits, there have been issues with problem usage at these spots. Around 100,000 people who play these games regularly have been identified as having betting or spending problems. What’s more comes from how many of them spend close to 40 percent of their money on these machines, thus keeping them from being able to cover many debts or enjoy many other things in their lives.

What’s even more alarming to many involves how some of these games have grown in size to where they can take in larger bets. People can get $10 or more on a single spin on one of these machines. Over time it can get to where people will lose more money on such machines than what they can afford to lose.

Gambling in Australia (Australian casinos on this page) has been prominent around much of the country but it has especially been a big deal in New South Wales. The state is where the country’s first horse races occurred in 1810 and where the first official lottery in the state was held in 1881. Poker machines became legal in the state in 1956.

Nearly 100,000 of those poker machines can be found in NSW today. This is only beaten out by the 180,000 machines that are found in the American state of Nevada.

There are many ways how people have been gambling around the state:

About two-thirds of people around the state have engaged in gambling activities in a typical year on average. The report suggests that there is clearly a strong design for people to play such games around the state.

The Central Coast Is Growing

The Central Coast part of NSW has especially been a place where people are very interested in casino-related activities or different items for betting. Towns like Gosford and Wyong have thousands of poker machines. Nearly $1,000 is spent by adults on average on poker machines in these areas. The report is based on the profits that such machines make versus how many are in these areas and how much residents spend on them.

Illegal youth gaming has also increased in recent time, thus making it easier for people to be likely to get into real problems in the future. A 2008 survey from Gambling Solutions found that nearly a third of all minors under 14 years of age have gambled for various items in some way or another. About a quarter have also lost more than what they had intended to lose.

It has become clear that Australia is a country where games of chance have certainly become popular. These games are very noteworthy and prominent but at the same time they are also games that have been rather difficult for a number of people. These include games that are very dangerous and difficult to those who cannot handle such activities in a responsible manner.