A Look At the History of Gambling in Canada

Canada has become a popular country for all sorts of gambling activities. But gambling in Canada was not always welcome. In recent time the activity has only begun to expand around the True North. It is truly fascinating to see how this activity has grown and what makes it so popular around the country. More people are looking forward to a good number of games all over as they find it to be more appealing. 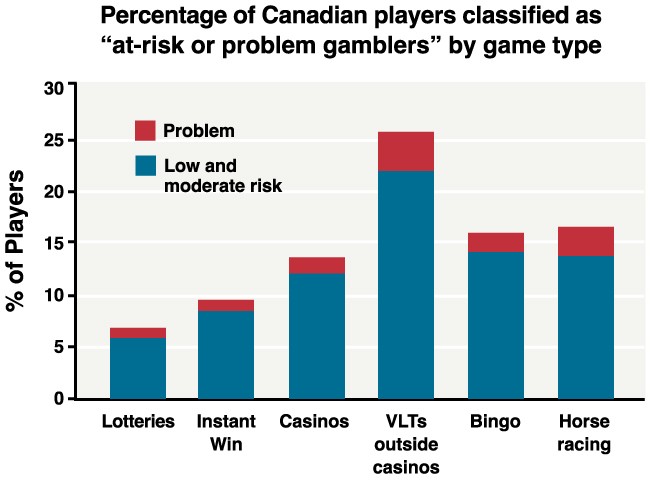 The percentage distribution of risky games among Canadians

People in this country have been playing games of chance of all sorts well before the country itself was even formed. In the late fifteenth century, explorer John Cabot found that many natives around the land had been playing numerous games similar to what people play today. In fact, his exploration of the culture found that people had been playing around here since at least 6000 BC. The concepts had been around for a long time and continue to be rather intriguing in terms of what was around.

But even though the history of gambling in Canada dates back to such a long time in the past, it has not always been welcome. The Canadian Criminal Code outlawed the activity in 1892. The move came amid uncertainty over how gambling works and worries about whether or not it was moral or appropriate for a general audience.

But even with that, it did not take all that long for games of chance to make a comeback. Several developments took place in the early part of the twentieth century. These continued on through much of the century and have helped with improving upon how gambling can be enjoyed all around the land:

People have been indeed playing such games for a long time out here. It’s certain that there are a number of appealing things around the land that make it a fun hobby but it continues to grow to this day. In addition, there is still a good amount of control over the activity in the form of government oversight, as the next section will reveal.

Who Runs Gambling in Canada? 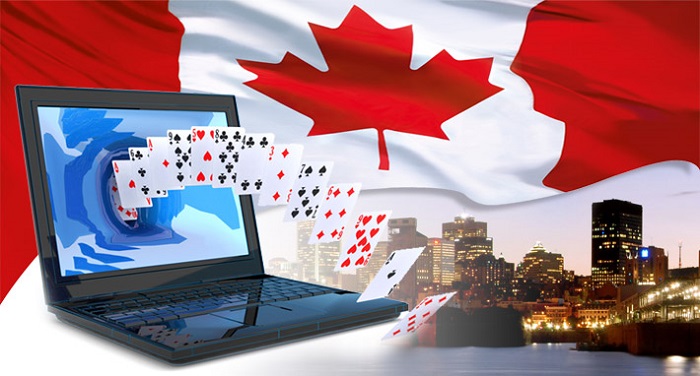 Today games of chance have become commonplace all throughout the country. But even with that, the government still owns a good number of these locations for gaming and operates or regulates many activities. In some provinces the government is responsible for operating casinos. In other cases private groups will operate those gaming parlors although the government would still own those places.

Many of the top places for gaming around the country have grown to become big destinations. One such example comes from the Caesars Windsor, a prominent casino located in Windsor, Ontario. This place is just across the river from Detroit and has become a hit after nearly half a billion dollars was spent to renovate the place. This came after the Caesars group bought out the property and worked towards an extensive rebranding project. The move was particularly made following recent efforts in Detroit to expand gaming activities there and to offer more advanced casinos for people in the area without having to cross the border.

People can head to a variety of casinos around the entire country. Ontario is clearly the most popular province for such places but Alberta and British Columbia are also prominent spots. These are numerous spots for games of chance all around Calgary and Edmonton in particular. Bingo is especially a popular activity around Vancouver.

The choices that everyone has around the country are grand and offer many fun ways to win. But when all is considered, there is a big development around the land that has made a significant impact and is expected to become even more important over time. This relates to online activities and how they continue to grow in popularity with the demand being even greater than ever before.

The country’s fascination with such games has especially expanded to where online activities have become more prominent. People are getting online to poker rooms in particular. These are places which offer a good variety of poker activities and have led to some big payouts. A few poker spots even include events where people can get seats into some of the world’s largest poker tournaments.

The number of competitors in such events keeps on going up. Nearly six thousand people had competed in more recent editions of the World Series of Poker. That’s about ten times what came about the first time around. Online poker has clearly been a key part of why this is the case as more people are starting to play online and have fun while doing so.

Needless to say, many of these online spaces have made some casinos feel a little uneasy. They are expanding their offerings and opening new locations around the country in the hopes of bringing in a larger number of players.
British Columbia and Quebec both provide licenses to those aiming to start their own online casinos within Canada (Canadian casinos on this link).

Ontario has been heavily considering the same.

Regardless of what may happen with regards to the future of casino gaming in Canada, it is clear that the country will continue to be a big player in the field. The country has already had plenty of success with offering a good number of different gaming options and will continue to provide them to players of all kinds. It is impressive to see what is available around the Great White North.