Florida Aiming to Get Consensus on Gambling Changes 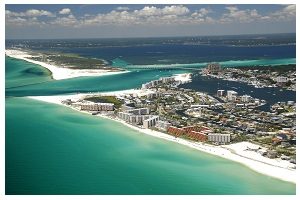 The Florida state government has been trying to get a series of gambling amendments to pass. The state Supreme Court allowed for a new constitutional amendment to come about that would allow a new form of gambling legislation to develop. In particular, local voters would be given the full right to vote on what may occur next.

The people who support the new amendment will need enough signatures to ensure that the change can be posted on the new ballot for the state. This comes amid a concern over how a Senate gambling bill would cause gaming to expand in terms of its scope around Florida while a separate House bill would keep that expansion from developing.

How the Bills Work

The two bills that have been tossed around in recent time have been radically different in terms of gaming. The Senate is fine with the activity while the House is aiming to keep it from moving forward. Added negotiations are expected to be required to get a clearer idea of what may happen in the area and what could develop over an extended period of time.

The first meeting between the two parts of the state Congress did not get all that far. This comes amid the two sides having their own opinions and not having much of a desire to change things around. However, some additional reviews are to be held to see that such problems may be resolved at some point in the future. Time has especially been relatively limited as there has not been much of an effort to try and get the issue to be analyzed before the legislative session runs out.

What About the Seminoles?

The Seminole tribe has expressed its direct opposition to both of the proposed bills. The tribe argues that while roulette and craps being promoted by the Senate bill is fine, they are not happy about how there would be more competition. In addition, the tribe states that the House bill would cause the tribe to pay more taxes than what it can afford to handle at this point. These include taxes that would be paid out to the state.

The tribe has been offering card games through a 20-year agreement with the intention of paying back $1 billion over the course of a five-year period. The agreement ended in 2015 but card games are still being offered. A federal judge stated that the state violated this deal with the tribe, thus leading to the two sides aiming to get into a new deal. The division between the two sides in this part of the process has still been relatively strong.

Future plans for the bills in Florida are to be considered at a later part in the year. It is uncertain as to which side of the table is going to work with particular moves in general and how the casino industry is to evolve. It comes amid a number of points for trying to see where gaming will move and if the Seminole tribe is fine with it.