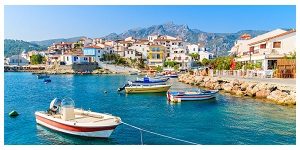 The first ever Melco-Hard Rock Satellite Casino will be opening very soon in Cyprus. It will open in the summer of 2017. This is actually a temporary location as it is to be a placeholder for a much larger casino that is to come about in Cyprus in the near future. It marks the beginning of a long-term partnership to make Melco-Hard Rock the sole provider of gambling activities around the island.

The announcement of this place was made at the Taxidi 2017 expo. The Cyprus government has agreed to allow for the construction of a new gambling site. The overall goal of the new location is be to bring in more tourists and to make Cyprus a more prominent place for different tourism activities.

The National Gaming and Casino Supervision Commission is planning to work with the proper operating licenses that is expected to be used by the casino. Melco-Hard Rock hold the legal right to operate a gaming parlor until 2047. In addition, the group has a full monopoly on the gaming industry for the next fifteen years, meaning that other parties will not be able to get into the market until 2032.

The new parlor being opened by Melco-Hard Rock is only temporary as a much larger resort is to be introduced in the future. The temporary location will come about in October of this year.

The much larger default location for the future is anticipated as being a high-end luxury spot. About 500 hotel rooms will be offered alongside an extended gambling floor. About a thousand slots are to be included with around a hundred table games being offered. Four satellite sites may also be opened at some point in the summer of 2017 although details on their general features have not been released at this point.

The satellite casinos are to be offered in Nicosia, Larnaca, Paphos and Famagusta. These would go alongside the main temporary site in Limassol and would be equally small in size but will still provide gaming opportunities to people in these areas.

Information on one particular satellite casino has been released though. This one would be in Nicosia. It will have fifty slots plus five tables.

The work between Melco and Hard Rock has led quite well to this major development. The two entities started their partnership in 2016 with the overall goal of getting a casino into Cyprus. They agreed that getting a temporary place for gaming in that country was a key goal with the overall intention being to get the casino open in 2017. The two got a license following a competition with a few other international groups, particularly NagaCorp and Bloomberry, competing for the same effort.

The new legislation being offered was made to create a temporary casino in Limassol in the later part of 2017. No details on precise times for when these sites are to open up have been released at this point although there are some hopes to get them opened up soon.